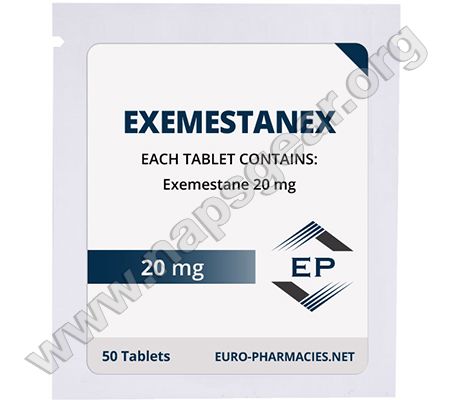 Exemestanex is a new drug that blocks enzymes responsible for aromatization, which prevents the side effects that steroids can cause such as flavoring. It is significantly different from drugs belonging to the class of aromatase inhibitors, and has an irreversible and permanent effect. As a result, 85% or more of estrogens are suppressed in the body of the athlete.

Exemestanex during a steroid cycle prevents the side effects that steroids can cause, such as flavoring. It should be noted that the effect of Exemestanex is fundamentally different from the usual action of Nolvadex. Tamoxifen has no effect on the aromatization process, but instead begins to interact with the cellular estrogen receptors, preventing estrogen from joining them and forming a bond.

Breast cancer in postmenopausal women (natural or induced), progressing against the background of antiestrogen therapy, non-steroidal aromatase inhibitors or progestins can be treated with Exemestanex.