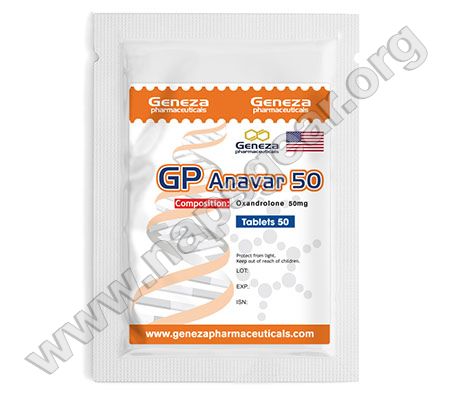 Anavar 50 mg is an oral steroid which contains the hormone Oxandrolone. Anavar is considered one of the mildest steroids that there is. It is mildly anabolic and mildly androgenic. Even though it is a C-17 oral, it still has minimal effect on liver values even at higher doses.

Anavar 50 mg is not known by bodybuilders as the steroid for big mass gains. Rather, the mass that is gained by Anavar 50 mg will be quality gains, and gains that likely to be kept after the steroid is no longer being used. Users of Anavar 50 mg often note a very good increase in strength. Some bodybuilders compare the strength increases seen by its use to be similar to Oxy on a mg for mg basis, but without the extra side effects! Because of this, and the fact that users won’t gain a lot of weight because of the drug, Anavar 50 mg is a very popular drug for powerlifters and sports related athletes. Due to its extremely mild nature, Var is also one of the most popular steroids amongst women bodybuilders. Anavar 50 mg has also been shown in studies to actually decrease bodyfat during use, making it a great choice for bodybuilders who are in the cutting phase of their training.

Anavar 50 mg is also very mild when it comes to shutting down the body’s ability to produce testosterone, making it a great choice for those looking to "bridge" between cycles while allowing the body to recover. Those looking to stack Anavar with something may chose a low dose of a testosterone to do with it. Also, the classic Anavar / Primo cycle is one of the most popular cutting cycles ever. This cycle provides one with quality muscle gain and minimal side effects and risk. Clearly, Anavar 50 mg is a great all around steroid for men. Male bodybuilders will typically use Anavar 50 mg in doses of 50-100 mg a day for 6-12wks. Anavar 50 mg has a relatively short half life of about 8 hours. So one may chose to split dosages throughout the day in order to keep blood levels as stable as possible. Women bodybuilders typically find a dosage of 2.5-10 mg to be effective for promoting muscle gains and strength without the great risk of side effects.